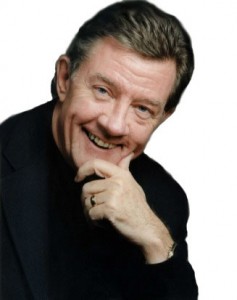 The Grand Philharmonic Choir was led by its dedicated and visionary artistic director, Howard Dyck, CM, for 38 years. Howard has also directed the Bach Elgar Choir of Hamilton, the Stratford Concert Choir, London Pro Musica, and the Kitchener Bach Choir. He is well known to music lovers across Canada as the former host of Choral Concert and Saturday Afternoon at the Opera on CBC Radio.

Educated in Canada, the United States and Germany, Howard has received numerous honours for his contributions to musical culture. Listed in Canadian Who’s Who, he holds honorary Doctor of Laws degrees from the University of Waterloo and Wilfrid Laurier University, and has been awarded the Distinguished Service Award by the Ontario Choral Federation as well as the Association of Canadian Choral Conductors. An Honorary Professor of Music at Yunnan Arts University (Kunming, China), Howard is a Member of the Order of Canada and a recipient of the Queen’s Golden and Diamond Jubilee Medals.

Howard Dyck retired from the Grand Philharmonic Choir in the summer of 2010, but his incredible contributions to the musical enrichment of Waterloo Region will leave a lasting legacy.