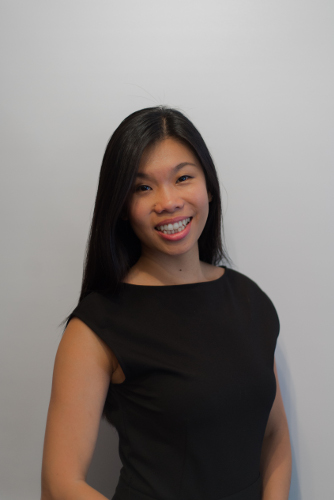 Tracy Wong is a choral conductor, music educator, vocalist, pianist, and composer. She holds a Doctor in Musical Arts (Choral Conducting) degree from the University of Toronto under the tutelage of Dr. Hilary Apfelstadt after obtaining a Master in Music Performance (Choral Conducting) at the same institution. At U of T, Tracy was the co-conductor of the Women’s Chorus, and assistant conductor of Women’s Chamber Choir and MacMillan Singers. She is also a proud recipient of the 2016 and 2017 Elmer Iseler
National Graduate Fellowship in Choral Conducting.

Currently, Tracy is the Assistant Professor at McMaster University’s School of the Arts, the conductor of the Grand Philharmonic Youth Choir, and guest artist of the Hamilton Children’s Choir. Tracy has led choirs in Malaysia and Canada, including the University of Toronto Women’s Chorus, Kuala Lumpur Children’s Choir, Young Voices Toronto, and Mississauga Festival Youth Choir. Tracy’s choral works have been published and performed by Malaysian, Canadian, and American choirs at international competitions
and festivals.

Prior to moving to Canada, Tracy worked for 7 years in Malaysia as Assistant Academy Director of Young Choral Academy (YCA) Malaysia. At YCA she was the conductor of the Kuala Lumpur Children’s Choir, Artistic Director of the Naturally Vocal Youth Chamber Choir and Harmonix Youth Choir and Assistant Music Director for adult community choir Young Kuala Lumpur Singers, all of whom travelled extensively and received local and international awards.

She also holds a degree in Piano Performance from the University of Newcastle, Australia, and was awarded the Madge Hoy Prize for the best final year pass in Piano Studies. She was a member of The University of Newcastle Chamber Choir, Australian National Champions for the Australian Broadcasting Corporation (ABC) Choir of the Year 2006. Tracy has diplomas in both piano performance and voice from the Australian Music Education Board and Trinity College London.

In addition, Tracy has conducted workshops for choirs in Malaysia, Brunei, Canada, France, and Portugal. She has also competed internationally to much success with her pop and jazz a cappella vocal quartet and was nominated by the Malaysian Music Industry Awards for Best Group Performance.

Tracy has completed the compilation of Nancy Telfer’s choral compositions, a resource for music educators and choral directors. This has led to her doctoral research, “From Page to Performance Through Pedagogy: The Choral Legacy of Nancy Telfer.” Other areas of inquiry include the performance practice and movement in Southeast Asian folk-based choral music.